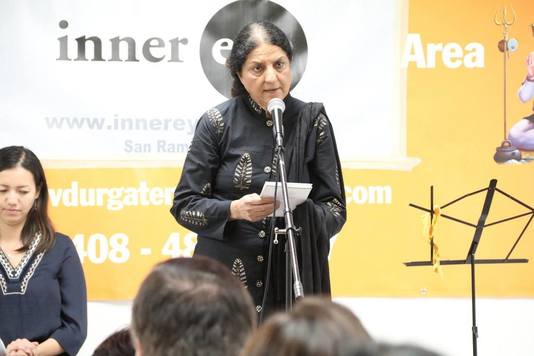 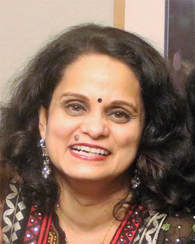 Anshu Johri authors short stories, poems and plays in English and Hindi. She has a M.S in Electrical Engineering from San Jose State University, California. She has been a featured reader for Well-Red reading series, Bay Area Generation Reading series #47, Flash Fiction Forum, and a guest speaker at a discourse on “New Feminism and New Responses, organized by the Sahitya Academy of India.  Her work in English has appeared in “Dukool”, “Vine leaves Literary Journal”, “Calliope”, “Creation and Criticism”, “Storizen”, “Caesura” and an anthology “Desi Girls” published by Hope Road Publishing U.K.  Her published works in Hindi include, poetry collections- "Khule Prishtha" (Bare Pages), "Boond ka Dwandwa" (Dilemma of a Raindrop), and short story collections- "Shesh Phir" (More Later…), and "Adrishya Kinara” (Invisible Shores-). Her rendition of “Adrishya Kinara” is now available as an Audiobook at CDbaby.com, Audible and Itunes. She has appeared and recited her poetry at local radio stations in Berkeley (KPFA @94.1FM) and San Jose (KKUP@91.5). She was the recipient of “Glorious India Award, 2017” for her contribution in Literature Her poems and stories have appeared in reputed Hindi Literary Journals of the world. Besides writing, her other passions are theatre, painting and music. 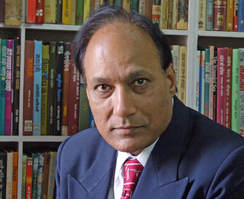 Dr Suresh Rituparna is a writer, poet, playwright, photographer, and traveller. He is currently the Director of KK Birla Foundation, the organization that bestows the highest Literary award in India, the Saraswati Samman. Dr Rituparna retired as Visiting Professor from Tokyo University of Foreign Studies, and besides Japan, he has taught Hindi in Trinidad and Tobago, Mauritius, and at Delhi University. He is an ex-Diplomat who started the first ever Hindi course at the High Commission of India, Port of Spain. He is also the editor of Hindi Jagat and has contributed a variety of articles for different
newspa​p​ers, magazines and journals, such as Dharmayug, Saptahik Hindustan, Gagananchal, Nav Bharat Times, Jansatta, Naya Gyanoday, Asian Age, Indo-Latin American File etc,. Dr Rituparna has published over 20 books, including most the recently published Japan Ki Lok Kathyaein and Hiroshima Ki Yaad.
He is the recipient of Father Camil Bulke Sammaan from Samnvay Sanstha of Allahabad, ‘Videsh Hindi Prasar Samman’ of Uttar Pradesh Hindi Sansthan, Lucknow, India (2004), Hindi Bhushan award by Bharatiya Vidya Sansthan, Trinidad and Tobago,  “Hindi Nidhi Samman” by Hindi Nidhi, The Hindi Foundation, Saraswati Saahitya Samman (2009),  Saahitya Shiromani Samman by Hindi Urdu Saahitya Award Samiti, Lucknow.

He has presided, chaired, organized and participated in literary conferences, seminars, conducted workshops and presented papers on literary aspects of languages, literature, and socio-economic issues. He lives in New Delhi, India.​​
​ 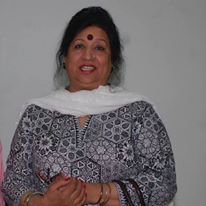 ​​Anita Kapoor is a published poet, author, a social activist and a Vedic astrologer. She has a Masters of Art in Hindi and English from Delhi University, and a PhD in English from Meerut University. Her published work includes Bikhare Moti, Kadambari, Achhute Swar and Os mein bhigte sapne (Poetry - collections). Her work has also appeared in reputable magazines of India and U.S.A. 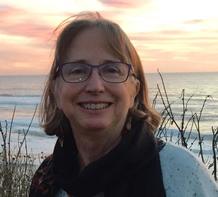 Carol Park: Carol Park teaches English as a Second Language, in the Bay Area and, previously, for six years in Japan. For her exploring language brings great joy, but also deepening friendships and understanding of people from diverse backgrounds. Her MFA in Creative Writing came from Seattle Pacific University. In addition to poetry, she writes fiction and is revising a novel set in Japan. Her website is CarolPark.us.com 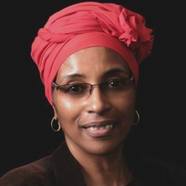 Lita Kurth holds an MFA from Pacific Lutheran University and has published work in three genres: fiction, creative nonfiction, and poetry. She has been a featured speaker for the Well-Red series, Cinequest, and Peninsula Literary. Her CNF, “Pivot,” was nominated for a Pushcart Prize. Her CNF “This is the Way We Wash the Clothes,” presented at the Working Class Studies conference, 2013, won the 2014 Diana Woods Memorial Award (summer-fall 2014) and appeared in Lunchticket 2014. Her flash fiction, "Gardener's Delight" (Dragonfly PressDNA) was nominated for a Pushcart Prize. She teaches at De Anza College, The Arsenal, Creator School, and in private workshops. In 2013, she co-founded the Flash Fiction Forum, a reading series in San Jose. 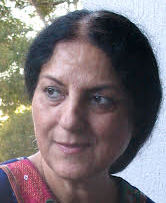 Salma Arastu, is a published poetess and a renowned artist specializing in paintings and sculpture, from Berkeley. She has won several awards including East Bay Community & fund for artists in 2012 and 2014, City of Berkeley
Artist’s grant in 2014-2016. Her outdoor sculptures and paintings are in public places. Her published works are Dard Ki Seedhiyan in Hindi ,The Lyrical Line: Embracing All and Flowing , Turning Rumi: Singing Verses of Love Unity and Freedom , and Celebration of Calligraphy. A catalog was published in 2015 of her new series “Unity of Sacred Texts and Symbols”. Her art works and poetry speak of human universality. Her website is www.salmaarastu.com 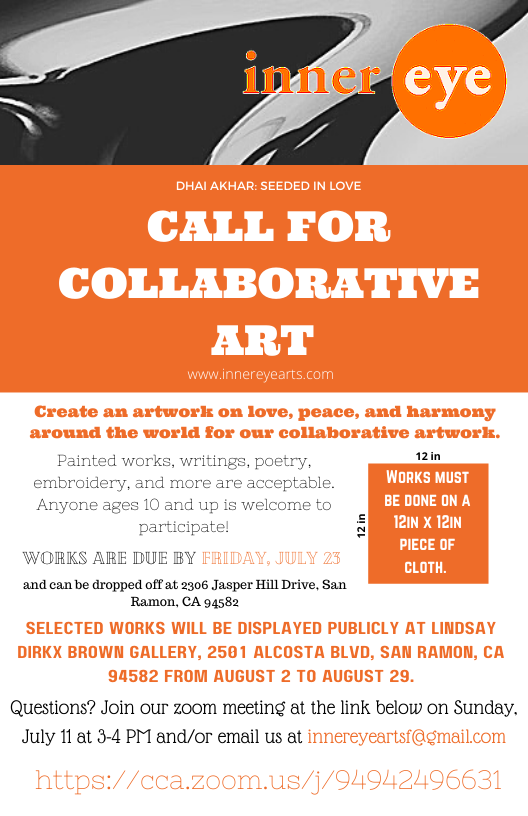 Sanjay Mathur has been writing thought-provoking essays, stories, poems and nazms since his childhood. Born and brought up in the heartland of India where Hindi and Urdu is spoken as Hindustani. Having lived in Singapore, and Australia, he now calls Campbell, California his home. Professionally, he is an IT Risk and Security Leader. Whenever he gets time from his professional obligations, he composes his expression in Hindustani and English. Some of Sanjay’s work got published in San Jose Mercury, renowned Indian magazines, British Journals, and on literary Websites over the years 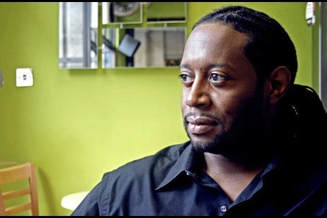 Tshaka Campbell: Tshaka has been writing and performing his work across the globe for over fifteen years, from the Apollo Theater in NY to the O2 in London. His work has been published in magazines, poetry anthologies and periodicals as well as in a number of global advertising campaigns. He has authored two books, three spoken word albums. He currently resides in California and continues to ask the world to listen different.
​ 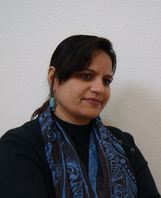 ​Pallavi  Sharma is a multidisciplinary artist and her research interest concerns Asian American women's cultural production, and activism.  She is a board member of Asian American Women Artist Association (AAWAA) and Director of ‘Inner Eye Art, San Ramon, CA.
Pallavi received her BFA and MFA (Art History) at the Faculty of Fine Arts Baroda, India and Ph.D. from National Museum Institute of History of Art, Museology, and Conservation. She presently teaches at California College of the Arts. 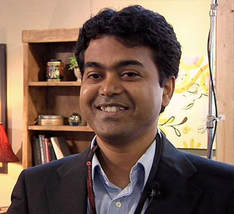 ​Biography:
​Nawneet is a documentary filmmaker who uses his storytelling to bring about social change. In 2011, Nawneet visited Dharavi – one of the world’s largest slums with over one million people packed into its labyrinth of dark alleys. Nawneet made a film showing the grueling difficulties of everyday life through the eyes of its residents. After a successful release of the film, Nawneet decided to take his efforts one step further – he wanted to empower the community’s residents to become change makers.
Nawneet is a firm believer in the power of technology to engage communities and mobilize their efforts to serve larger problems. In 2014, Nawneet launched Dharavi Diary: A Slum Innovation Project; the program uses technology to create products that ease life for Dharavi residents or inspire advancement in society. For example, girls in Dharavi are learning an increasingly in-demand skill: coding. Girls are developing mobiles apps that directly address major concerns within the slum, such as lack of a clean water, sanitation, and even sexual assault. While developing their technology skills, they are making their communities safer and building their confidence in the process. Moreover, they are showing that slum residents are capable of solving critical issues when given the tools and opportunity. 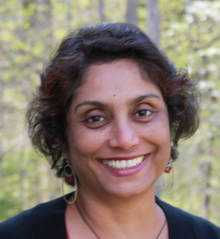 Biography:
Indrani Nayar-Gall is an interdisciplinary artist-activist. She received her MFA from Visva Bharati University, India, Graduate Certificate in Contemporary Non-toxic Printmaking from RIT, Rochester, NY and Diploma in Education, University of West Indies. Her work questions patriarchy, misogyny and discrimination based on class, caste and race.

Indrani was the area coordinator of BFA printmaking program at Barbados Community College. After migrating to USA she taught as an adjunct faculty at Western Michigan University and UNC Charlotte. She has presented in panels, discussions and taught workshops at various universities.
http://www.indraninayargall.com/
​

Panel Discussion
​Moderated by Namrita Yuhanna
Biography:
Radio host Dil ki Awaaz 1170AM, part time poet.:)
I was leading a very normal, simple and comfortable life till I moved away from my comfort zone. A zone that my parents and then my own husband and kids had created for me. My comfortable nest! Five years back I started looking inwards rather than outwards. Trying to find my inner whisper. This journey of self discovery led me to writing poetry in my native language Hindi. It gave me an outlet to my emotions. As an immigrant you always feel isolated on numerous occasions. My poems became my companions. Then 2 years back I embarked on another journey which was completely out of my comfort zone..That of a radio show host. I was a shy public speaker and a quintessential soccer mom before venturing into radio. The show has been a life altering experience where I've interviewed people from all walks of life be it filmmakers, actors, theatre artists, community volunteers, politicians, meditation , yoga and aryuveda gurus to sports personalities. I am a work in progress. I meditate daily and search for goodness within.